Welcome to the Weekend Read. This week we’ll dive into the ties between politics and football participation, reveal our favorite stories of the week and unearth an old photo from Kevin Durant’s Texas days. Enjoy. 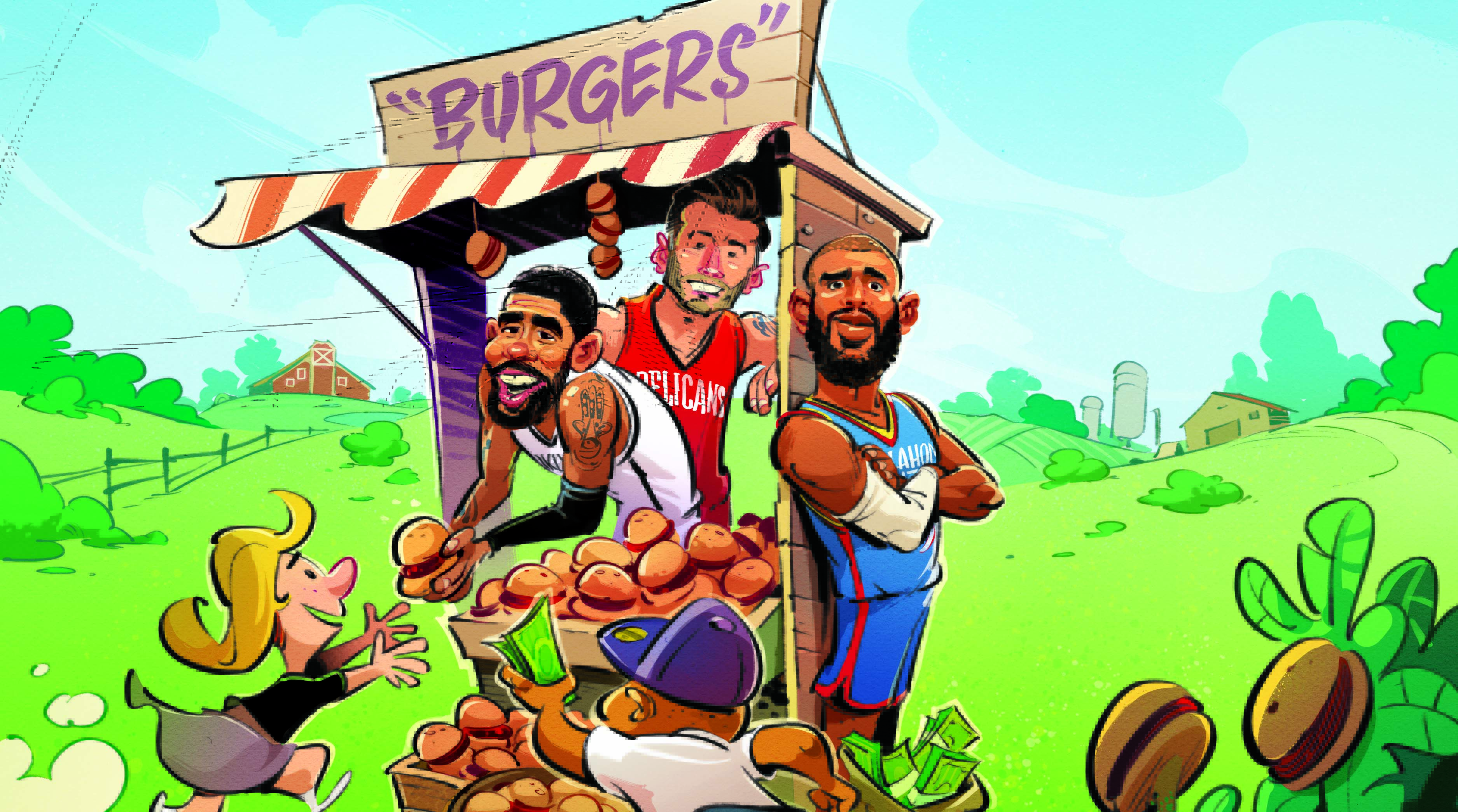 • How do you sell veggie burgers as the new Gatorade? Beyond Meat’s answer was to sign Chris Paul and Kyrie Irving as investors and “ambassadors.” (By Chris Ballard)

• Gardner Minshew is much more than the Jaguars’ backup QB. Let’s dive into the mustache, the jorts, the aviators—and the standout play on the field. (By Charlotte Wilder)

• Get ready for a postseason like no other. This year’s MLB playoffs will be all about the long ball. (By Tom Verducci)

• Embrace the Tank: Five NBA teams that should punt on this season and look to the future. (By Khadrice Rollins)

• The Astros look like an absolute juggernaut. Good luck keeping up with them in October. (By Jon Tayler)

Andrew Luck’s decision to retire shocked many of our citizens, but maybe it shouldn’t have. Sure, quitting football is unusual for 29-year-old NFL stars, but it is becoming more common for Americans generally.

The National Federation of State High School Associations released its annual report last month, which revealed that participation rates in sports overall declined for the first time in 30 years—including drops in basketball (notably girls’), baseball and football, which saw a decrease for the fifth straight year. In the last decade, 11-player football participation is down 9.5%, even as the population has grown by 7.5%. But a look inside the numbers tells a more nuanced—and more interesting—story.

Football participation is up significantly in four states: Alabama (45%), Louisiana (56%), Oklahoma (15%) and Utah (9%). Those states all supported Donald Trump, by at least 18-point margins, over Hillary Clinton in the 2016 presidential election. Of the places that went to Clinton, only Nevada and Washington, D.C., have seen football participation rates rise since 2008–09.

This is surely not a result of anything politicians said, but it is reflective of how some of them feel. In 2014 then-president Barack Obama told The New Yorker, “I would not let my son play pro football.” He had heard enough about the physical costs of the game to say it was “sort of in the same realm” as boxing.

His successor has a different view. President Donald Trump famously battled the NFL, but his shots were often targeted: at Colin Kaepernick and other players for kneeling during the national anthem, and at the league for not banning them for it. (Kaepernick is out of football, but some of his supporters and fellow protestors remain employed.)

Trump presents himself as more pro football than many of the people in pro football, deriding what he called the “very much softer NFL rules.” He mocked them in 2016: “Concussions—’Uh-oh, got a little ding on the head? No, no, you can’t play for the rest of the season!'”

It is indeed too facile to conclude bluer states are more worried about long-term effects on personal health, that redder states place greater value on the sense of community built around Friday nights or football’s ability to build toughness and character. But this red-state/blue-state football trend does not feel like a coincidence.

Could it be that the divide falls along similar fault lines as much of our political debate? Your answer to some policy questions may provide a window into how you view football. Anti-regulation? You probably think players should be free to wear whatever helmet they like.

Now what does this mean for the future of football? Obama’s comparison to boxing should scare anybody with a stake in football. Half a century ago boxing was a popular community sport. It was sponsored by park districts and seen as a worthy endeavor that was endorsed, both tacitly and publicly, by the Catholic Church. By 2005, however, a Vatican-approved journal had called boxing “a form of legalized murder, merciless and inhuman”—a sentiment that explains why boxing has become a niche sport, and why parents are reluctant to let their kids fight.

Football is obviously nowhere near that point. In absolute numbers, it is still by far the most played high school sport among boys, with more than one million participants (outdoor track is second with 605,354). And its decline may be for reasons other than the sport’s violence; boys’ golf participation, for instance, has also dropped, by 8.8% since 2008–09. But perhaps it is time to recast the conversation about football—to examine what is happening at the grassroots level.

There is very little evidence that people—in red states or blue—will stop watching the game. The NFL’s TV ratings rose 5% last year, and 46 of the top 50 telecasts during the 2018 season belonged to the league. But then there are data that suggest that people are increasingly reluctant to let their children play it. A study by the Sports and Fitness Industry Association found that core participation in tackle football in 2018 was down 3.0% in the 6-to-17 age group, as compared with the year before.

Then, consider a 2017 UMass Lowell-Washington Post poll, which highlighted another social divide: Of the respondents who had postgraduate or college degrees, only 34% said that football is O.K. for children age 13 or younger, compared with 48% of those without a higher education degree. But perhaps even more telling is that taken together, more than half of American adults think youth football is not safe.

The NFL, as a business, is thriving. College football, too, is as lucrative as ever—including teams from blue-state universities. But if current trends continue, then someday elite football may find itself in an existential crisis: If large swaths of the country don’t want their kids to play a sport, how can it retain its hold on America?

Predicting the future is for suckers and professional gamblers. Rules changes and an equipment revolution could lessen the sport’s physical toll and maybe reverse the trends. But surveying the present is easier. Football is not going away, but it is changing—particularly in some parts of the country.

As for Luck, Cowboys owner Jerry Jones shared an idea with reporters: “I hope he becomes president of the United States.” If Luck ever runs, he’ll have to explain why he retired. Some precincts will be more sympathetic to his answers than others.

Let’s throw it back to simpler times for Kevin Durant. Before he and the Sonics broke Seattle’s heart. Before he became a superstar with the Thunder and ditched the comforts of OKC to join a budding dynasty in Oakland. Before he shook up the NBA world by leaving again, this time departing Golden State for Brooklyn. KD’s 13-year journey from then to now has been a winding one, and as he turns 31 this Sunday, it’s hard to imagine the next 13 years will be quite as eventful. Maybe he’ll still be playing hoops at 44.

Editor’s note: What kind of stories and content would you like to see in the Weekend Read? Let’s chat at SIWeekendRead@gmail.com.