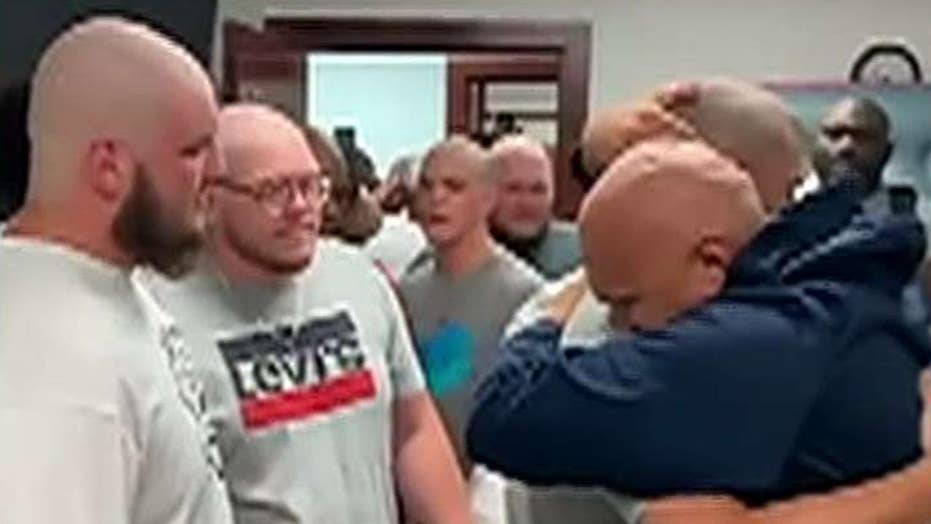 Lyon College’s football team has gone the extra mile to support one of their coaches who has been diagnosed with cancer.

The Arkansas-based football program tweeted out video Tuesday of the players surprising Sweet with their newly shorn heads and giving him bear hugs.

The video showed the team coming in to give bear hugs to the coach.

“Truly a SPECIAL team here at Lyon,” the program tweeted.

The Scots open their season Saturday with a home game against Missouri Baptist University.