Assam NRC final list 2019 Latest Updates: The final lift of NRC was released by the government on 31 August at all NRC Seva Kendra (NSK) across the state and on www.nrcassam.nic.in or www.assam.mygov.in online. In the final draft, published in July last year, of the 3.29 crore registered names, as many as 40,07,707 applicants found their names excluded.

The anxiety over NRC is now pushing people over the brink: 33 people have killed themselves so far, six in July itself. Today, news broke that a 60-year-old woman Shayera Begum from No. 1 Dolabari village near Tezpur allegedly committed suicide by jumping into well due to rumours on NRC. Her name was not on the list so far, News18 Assam NE reported. More details on this are yet to follow

The final draft NRC included 2.89 crore of the 3.29 crore applicants, and left out over 40 lakh people. Over 36 lakh of those left out, had filed “claims” against the exclusion and of the 2.89 crore included, objections were filed against around 2 lakh people. 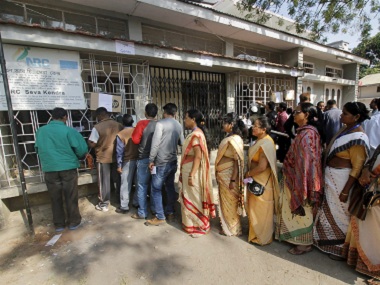