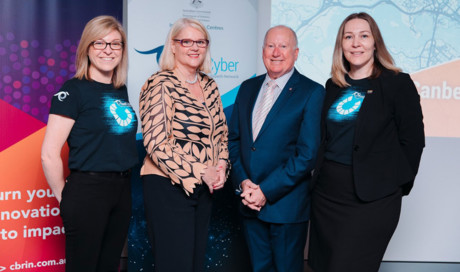 Canberra’s cybersecurity capabilities are set to move up a gear under a partnership between AustCyber and the Australian Capital Territory (ACT) Government.

The Canberra Cyber Security Innovation Node, launched last Thursday, is the latest to officially debut in a ‘national network of nodes’, designed to accelerate cybersecurity development, innovation and commercialisation across Australia.

Over the next three years, the ACT Government will inject $600,000 into the project, which will focus on supporting and “creating jobs while strengthening Canberra’s knowledge economy — particularly around cybersecurity in space, defence and education sectors”, according to Canberra Cyber Security Innovation Node Manager Linda Cavanagh.

Despite officially launching last week, the Node was actually established in 2017 and has already collaborated with companies that have an “ever increasing international reach” such as archTIS, Cogito Group, Penten and Quintessence Labs, AustCyber said.

It has also helped bring the Australian National University and Canberra Institute of Technology together with industry to advance research and train up a “highly capable and skilled workforce of the future”.

The Canberra Node will head the National Missing Person’s Hackathon on 11 October as part of Australian Cyber Week 2019, which will see ethical hackers and investigators using online discovery techniques, within the bounds of the law, to find new leads on real, Australian missing persons cases.