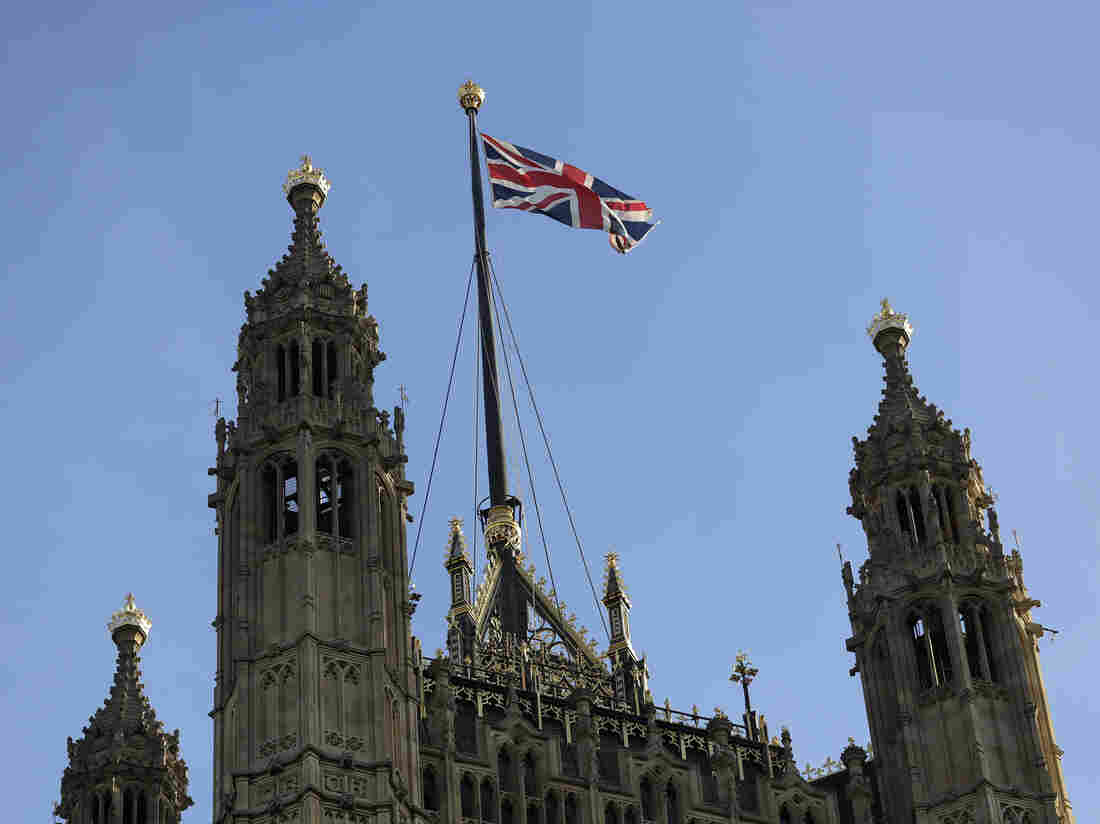 The Union flag flies above Britain’s House of Lords, the upper house of the Parliament of the United Kingdom, in London, Thursday. British Prime Minister Boris Johnson maneuvered Wednesday to give his political opponents less time to block a no-deal Brexit split from Europe before the Oct. 31 withdrawal deadline, winning Queen Elizabeth II’s approval to suspend Parliament.

The Union flag flies above Britain’s House of Lords, the upper house of the Parliament of the United Kingdom, in London, Thursday. British Prime Minister Boris Johnson maneuvered Wednesday to give his political opponents less time to block a no-deal Brexit split from Europe before the Oct. 31 withdrawal deadline, winning Queen Elizabeth II’s approval to suspend Parliament.

Even by the standards of the Brexit era, this has been an extraordinarily turbulent week for the United Kingdom.

Queen Elizabeth II agreed to grant Prime Minister Boris Johnson’s request to suspend Parliament, just as legislators are rising to block his threat to crash the country out of the European Union.

A legislative recess may sound ho-hum, but the news was a shock. It appeared to set Britain up to quit the EU on Oct. 31 without first agreeing on terms of the divorce — a “no-deal Brexit,” which analysts say would damage the economies of the U.K. and the EU.

Here’s a look at what happened, why it matters and what comes next.

What did Boris Johnson do?

He got the queen to agree to suspend Parliament on or soon after Sept. 9 until Oct. 14. That gives lawmakers considerably less time to debate and/or try to stop a no-deal Brexit. Parliament is on record as opposing the U.K.’s withdrawal from the EU without an agreement.

The queen is the U.K.’s nonpolitical head of state and Prime Minister Johnson is the head of government. It is normal for Parliament to take a break before a new government presents its agenda, so many British analysts believe Elizabeth could not reasonably refuse the request. But this suspension is unusually long and it is extraordinary given that Brexit, the biggest and most divisive issue in Britain in decades, is just around the corner.

Britons are struggling to recall any previous prime minister in modern times doing something like this: seeming to deliberately squeeze Parliament to prevent it from expressing its democratic will. Johnson says the suspension just gives him room to work on the agenda for his new government and there will be ample time to discuss Brexit. Most analysts are deeply skeptical.

What has been the response?

Voters who want the U.K. to stay in the EU — Remainers — are furious and there was a sizeable street protest outside Parliament on Wednesday when Johnson announced his move. Momentum, the grassroots group set up to support Jeremy Corbyn, leader of the opposition Labour Party, and trade unions are calling for protests on Saturday in Glasgow, Leeds, Liverpool, London, Manchester, Newcastle, Nottingham, Oxford, Sheffield and York, and another in London on Tuesday when Parliament returns.

John Bercow, speaker of the House of Commons, called the suspension of Parliament a “constitutional outrage.” Labour legislators call it a “coup.” Newspaper editorials have been withering. The Financial Times called the decision “an affront to democracy.” “Boris Johnson has detonated a bomb under the constitutional apparatus of the United Kingdom,” the paper said in an editorial on Wednesday. “Mr. Johnson may not be a tyrant, but he has set a dangerous precedent.”

The Telegraph, which supports Brexit and where Johnson writes a column, said the prime minister was fighting fire with fire. “The real outrage in this saga is not the suspension of Parliament,” the editors wrote, “but the behaviour of parliamentary Remainers.” The paper insists those against Brexit are devoted to stopping it and defying the will of voters who approved the decision in a 2016 referendum.

More than 1.6 million people have signed a government website petition opposing Johnson’s suspension of Parliament. The petition was started by a pro-EU citizen earlier this month, but is expected to have little political effect.

Responses in the EU have been very negative, as expected.

“What Johnson is creating here is the kind of political madhouse befitting a military dictatorship,” wrote Barbara Wesel, senior European correspondent at Germany’s DW. “It is anti-democratic and matches the havoc wreaked by US President Donald Trump and Brazilian President Jair Bolsonaro.”

“Taking back control” has never looked so sinister. As a fellow parliamentarian, my solidarity with those fighting for their voices to be heard.

Writing in a tweet, Guy Verhofstadt, a former prime minister of Belgium who is the European Parliament’s Brexit coordinator, said, “Suppressing debate on profound choices is unlikely to help deliver a stable future EU-UK relationship.”

What are opponents of a no-deal Brexit going to do?

Pro-Remain parliamentarians are expected to try to pass legislation that would block a no-deal Brexit, forcing Johnson to return to Brussels and ask for yet another extension (the original withdrawal was due March 29). This is not easily done in the British parliamentary system where the prime minister’s administration controls the legislative agenda and time is of the essence. No-deal opponents are likely to find an ally, though, in Speaker Bercow, who is a passionate supporter of parliamentary sovereignty and was infuriated by Johnson’s move.

What’s the counter-argument to the outrage?

Proponents argue that the Brexit process has dragged out for more than three years and it is time to leave one way or the other. “The people want some action,” Sue Lamb, a pro-Brexit voter who grows flowers in Lincolnshire, in the English Midlands, told NPR. “So if this is what it takes to actually make something happen then so be it.” Brexiteers also say that pro-EU lawmakers in the U.K. are bent on sabotaging the withdrawal any way they can and that they are the ones who are truly anti-democratic.

Sept. 4: The prime minister holds a weekly questions session in the House of Commons, which could be explosive.

As early as Sept. 9 or as late as Sept. 12: Parliament will shut down.

Sept. 21-25: The Labour Party holds its annual convention in Brighton.

Sept. 29 to Oct. 2: The Conservative Party holds its convention in Manchester.

Oct. 14: Parliament returns and Johnson rolls out his government’s agenda in what is known as the Queen’s Speech.

Oct. 31: The United Kingdom is scheduled to leave the EU. This is written into U.K. law, so it does not require an affirmative vote from Parliament.

In addition to Veterans Owned UK online portal of over 1204 businesses, they have now …