Home / BUSINESS / China, Malaysia, Turkey bail out Pakistan at FATF; Islamabad might use it to gather support, buy time… – Firstpost

China, Malaysia, Turkey bail out Pakistan at FATF; Islamabad might use it to gather support, buy time… – Firstpost

‘Need to assess if local lockdowns are effective in containing Covid-19’: PM Modi to states – The Indian Express

Pakistan has managed to avoid being blacklisted by the Financial Action Task Force (FATF) for now even as the international watchdog found in its latest review that Islamabad failed to curb funnelling of funds to terror groups.

FATF said that it will keep Pakistan on its ‘grey’ list for now. The global terror funding watchdog, however, warned Islamabad of further action if it failed to show tangible results by October, which would likely result in sanctions hitting its fragile economy hard.

Pakistan got a temporary breather, garnering support of three out of the 35 member states: China, Malaysia and Turkey. While China has been an all-weather ally for Islamabad, bailing it out in the face of economic crisis, the neighbouring country has recently managed to strengthen its ties with Malaysia after assertive diplomatic efforts. Pakistan has been inching closer to Turkey since the mid 2000s as the two countries fortified their trade and defense ties; it was also the only member that stood by Pakistan despite a strong campaign launched by the US, UK, India and Europe after recent terrorist attacks on India. 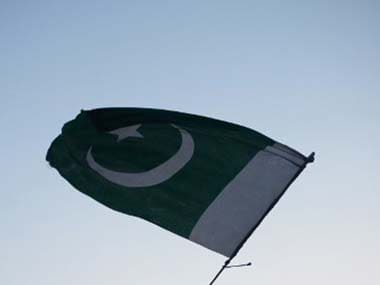 China, especially has backed Islamabad on multiple occasion despite increased global pressure spurred by India’s relentless campaign. More recently, Beijing blocked New Delhi’s bid to list Masood Azhar as a global terrorist four times before finally giving way in May. But experts say the move only came after it became ‘untenable’ for China to protect Pakistan’s interest any longer as all other veto-powered members of the United Nations Security Council started rallying behind India.

The FATF decision is only a temporary relief for Pakistan, but experts say it will earn Islamabad much needed time to garner support from more friendly nations to eventually wade off the looming threat of sanctions.

“This is a temporary relief allowing us to rally more and more support to permanently get rid of this threat. As far as I know, the foreign ministry is already in touch with FATF and Asia Pacific Group (APG) members and other friendly countries, and briefing them of measures it has taken to combat terror financing and money laundering recently”, India Today quoted Ali Sarwar Naqvi, former ambassador of Pakistan to Jordan as saying.

Furthermore, it is noteworthy that China is set to secure FATF presidency before the next meeting is held while Saudi Arabia representing the Gulf Cooperation Council is to become a full FATF member, both countries being traditional Pakistani allies. With this, fears are ripe that Islamabad may get away once again, which will mean that action against groups like Jaish-e-Mohammad, Lashkar-e-Taiba may lose steam, a government source told Economic Times days before the FATF meeting began.

Currently, India, the co-chair of the joint group of FATF and the APG, along with the United States and United Kingdom, has been campaigning to ensure Islamabad ends up in FATF’s ‘blacklist’, claiming that the country has failed to meet international standards in combating financial crimes and terror financing.

During the FATF meeting, the US, the UK and France were some prominent countries to have voiced concern over Pakistan’s failure to do enough to contain terror funding in its soil and not registering cases against terror masterminds Hafiz Saeed and Masood Azhar under anti-terror laws, sources said Saturday.

Pakistan continues to state that it has seized more than 700 properties of Lashkar-e-Taiba (LeT), Jaish-e-Mohammad (JeM), Jamat-ud-Dawah (JuD) and Falah-e-Insaniat Foundation (FIF), similar to what it did as a result of its previous grey listing in 2012. However, FATF members are concerned that there are no cases registered against the terror leadership, namely Hafeez Saeed and Masood Azhar and other UN-designated terrorists.

In a bid to bluff the financial watchdog, Pakistani authorities have shown arrests of LeT, JeM, JuD and FiF cadres. But all were apprehended under its Maintenance of Public Order Act and not under the Anti-Terrorism Act, 1997.

Under the MPO Act, authorities cannot hold a detainee beyond 60 days. Pakistan has detained JeM founder Azhar and LeT founder Saeed mostly under the laws that provide for detention for apprehension of breach of peace, they have never been prosecuted under anti-terror laws.

The FATF implements UN designations, which do not warrant arrest. They ask only for freeze of funds, denial of access to weapons and travel embargo. The financial watchdog also wants nations to impose penalties that are proportionate and dissuasive.

Islamabad has been on the global money laundering and terror financing watchdog FATF ‘grey list’ since June, 2018 after thorough assessment of the Asia Pacific Group (APG) of the country’s security mechanism and its financial systems.

Pakistan has not been able to implement the 27 point action plan, which was assigned to it by the APG and FATF. The group set Islamabad a deadline for 2019 January to show conclusive proof of impact caused, which was further extended till May 2019. Pakistan failed to meet both deadlines.

With inputs from agencies

China, Malaysia, Turkey bail out Pakistan at FATF; Islamabad might use it to gather support, buy time… – Firstpost