New Delhi: The Congress on Thursday issued a three-line whip to its MPs to be present in Rajya Sabha.

The notification was issued to the Congress parliamentarians a day after Prime Minister Narendra Modi slammed the Opposition for not holding discussions on key issues such as ‘One Nation, One Election’ concept and practicing negativity in opposing every new idea. 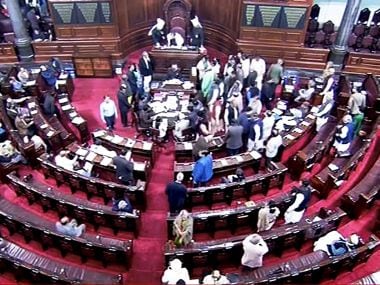 “Congress has not been able to digest victory. They have not been able to accept the defeat. I do not consider this to be a healthy sign in a democracy. We are seeing this same attitude when it comes to discussing One Nation, One Election,” he said while winding up the debate on the President’s address in the Rajya Sabha.

The Prime Minister also snubbed the Opposition accusing it of crying foul over EVM “malfunction” and said their leaders were blocking every ‘progressive’ idea. He also urged them to come forward and have discussions on such issues.

“Those opposing EVMs are not only opposed to EVMs.They have problems with technology, digital transactions, Aadhaar, GST, Bhim App. Why such negativity? This negativity was one of the chief reasons why some parties have not been able to win people’s trust,” Modi said.

The first session of the Rajya Sabha began on 20 June and will go on till 26 July.