Home / BUSINESS / Do the Producers of the Modi Biopic Really Have No Links to BJP? – The Wire

Do the Producers of the Modi Biopic Really Have No Links to BJP? – The Wire

India curve continues to rise, could hit 300000 cases in a week – Livemint

New Delhi: PM Narendra Modi is scheduled to release right in the middle of the Lok Sabha election campaigning on April 5. In response to a notice sent by the Election Commission on a complaint lodged by Congress, the producers of the film have denied that it is a political propaganda, and have insisted that they have “put in their personal money” to produce the movie.

But is it really true?

The Indian Express has quoted Hitesh Jain, the lawyer for producers Anand K Pandit, Sandeep Singh, Manish Acharya and Suresh Oberoi, as saying: “The allegations made linking our client’s movie with a political party merely on a few public events, Facebook posts and tweets are not only false but have no basis in either fact and/or law.”

He said the biopic was “produced by our clients and not any political candidates” and advised people to not “jump to the conclusion” only because Vivek Oberoi, who plays the lead protagonist, is known to be sympathetic to the BJP.

As for BJP president Amit Shah and Maharashtra chief minister Devendra Fadnavis being invited to promote the film, the producers submitted that this was done to ensure “resounding commercial success” of the movie. Another reason given was that Shah has also been depicted as a character in the film. 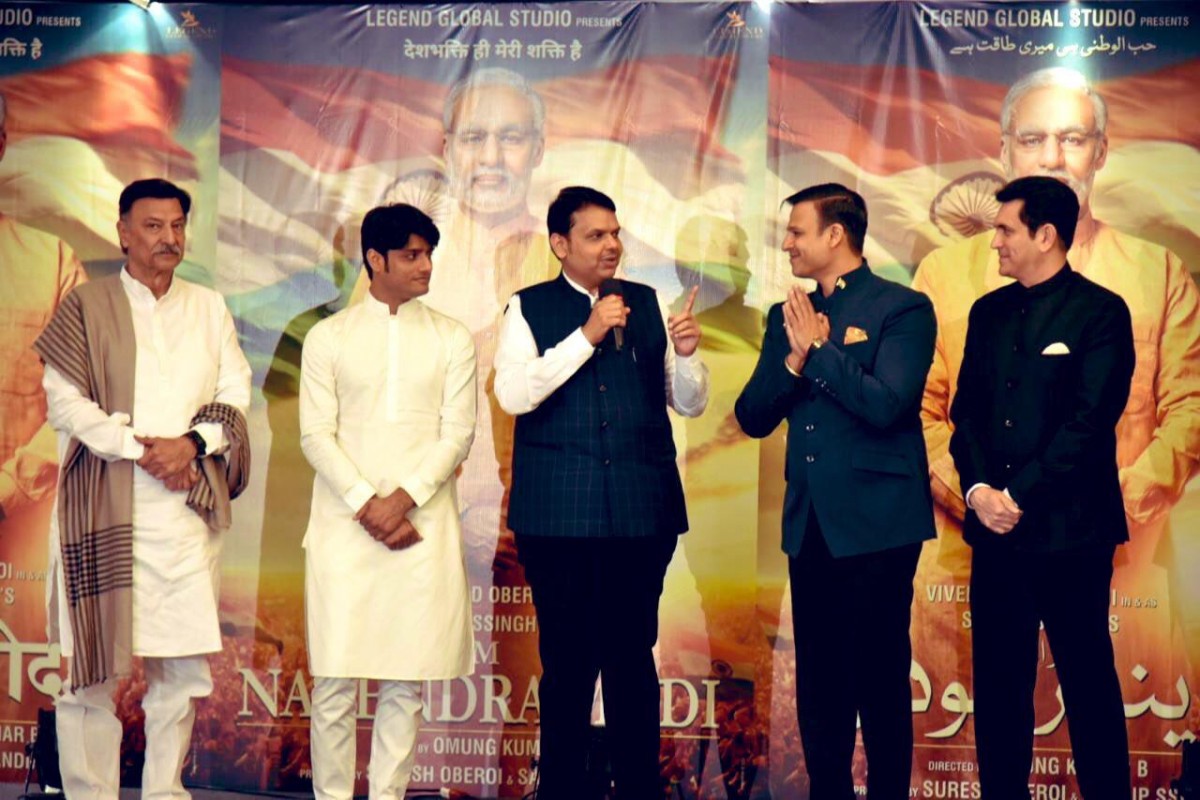 Lawyer owns half of the firm involved in promoting Modi

The daily reported that Jain is a partner at Parinam Law Associates and a shareholder and director of BlueKraft Digital Foundation. Citing records from the ministry of corporate affairs, it said he owned 50% of the shares in BlueKraft as on March 31, 2018.

Jain told the newspaper that he was an “independent lawyer” and “BlueKraft has nothing to do with this”. He also insisted that BlueKraft has “no link to the government”.

However, a closer look at BlueKraft’s functioning revealed that it has been closely working with BJP and/or its leaders.

In 2017, it released the first book on “Mann ki Baat” at Rashtrapati Bhavan.

Then in 2018, it partnered Modi as “technology and knowledge partner” for Exam Warriors, that was authored by him.

It is pertinent to note that in January this year, AltNews.in had a story on how BlueKraft was behind spreading misinformation against the political rivals of BJP.

AltNews reported that a nine-second clip of Congress president Rahul Gandhi speaking in Lok Sabha about the Rafale deal was tweeted by @knowthenation on January 6. This clip, in which Gandhi is heard saying, “I have no proof so far, but I am very clear that the Prime Minister is directly involved”, was actually taken out of context from a large 4:26 minute video.

His reply was directed at defence minister Nirmala Sitharaman: “Defense Minister said that we are accusing her…Madam I am not accusing you and I am not accusing Mr Parrikar. I am accusing Mr Narendra Modi. Let it be absolutely clear that you have done nothing other than try to defend a lie. So I do not think that you are involved in the Rafale scam. I have no proof so far to say that you are involved but I am very clear that the Prime Minister is directly involved in the Rafale scam.”

The clipped version was clearly aimed at taking the steam out of Gandhi’s attack on the Modi government over the Rafale deal.

AltNews said the video had been shared widely by pro-BJP social media platforms. It said “Know The Nation” has been around since December 2017 and is followed by prominent BJP leaders like railway minister Piyush Goyal and Delhi BJP spokesperson Tajinder Pal Singh Bagga.

The investigative site said there also existed a link between BlueKraft and Know The Nation. It quoted the Indian Express saying that they both shared the same landline telephone number.

Moreover, AltNews said: “BlueKraft’s association with the BJP seems to extend further. There is evidence of the company’s connection with three other pro-BJP propaganda platforms – New India Junction, Awemazing World and the protagonist of this story, Know The Nation.”

It said many of BlueKraft’s employees had direct links with The True Picture – which has also been accused of spreading misinformation in the past. It added that a senior creative director at BlueKraft, Nilesh Mistry, listed the handles as part of his responsibilities along with The True Picture and called them ‘in-house blogs’.

So clearly, there is a lot more to PM Narendra Modi than meets the eye.

Do the Producers of the Modi Biopic Really Have No Links to BJP? – The Wire