NEW DELHI: The BJP on Thursday replaced L K Advani with party chief Amit Shah as its candidate for Gandhinagar Lok Sabha seat, formally bringing curtains down on the career of the 91-year-old stalwart who played a crucial role in the transformation of the saffron outfit from a marginal player to a major political influence. 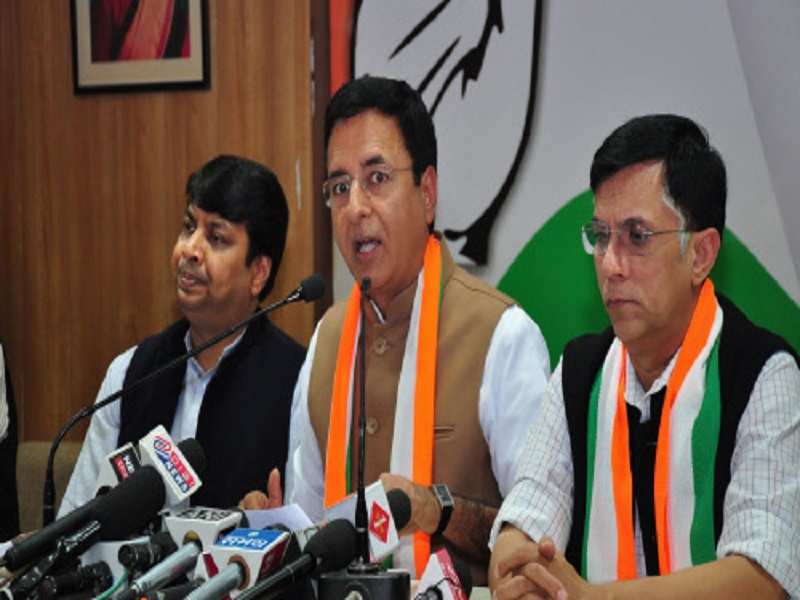 It also potentially clears the way for Shah to officially play a role in government, if Narendra Modi gets a second term as PM in May. The move could also presage the benching of other members of the Old Guard, including another former party chief Murli Manohar Joshi.

The party has renominated Prime Minister Modi for Varanasi, while textiles minister Smriti Irani has been fielded against Congress president Rahul Gandhi for what is expected to be a high-wattage contest for the Amethi seat held by the Congress chief. 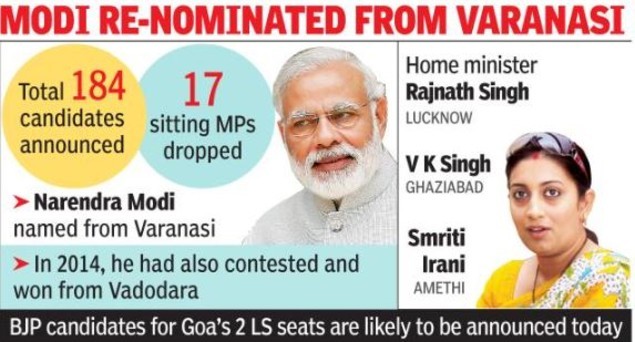 In all, the BJP has dropped 17 of its sitting MPs, of which six are from Uttar Pradesh which it swept last year and which is crucial to its plan for a second term for Narendra Modi.

Union minister Smriti Irani will again be the party candidate against Rahul Gandhi. She had lost against the Congress president narrowly in 2014. There are only 22 women on the first list, way fewer than the number of women regional parties like BJD and TMC has fielded.

But it is Advani’s exclusion which highlighted the list of 184 candidates. Though not unexpected, the decision marks the political boldness which has characterised the functioning of the Modi-Shah duo and which could lead to far more significant changes, both in terms of governance and intra-party equations, if Modi wins a second term.

Advani played a major role in the revival of the party after the debacle in 1984 when it won only two seats. He won six times from Gandhinagar, the first time in 1991 (Vajpayee contested and won the next one, in 1996) and the last five elections since 1998 consecutively.

The original hardliner, Advani embarked on a rath yatra a year after winning first from Gandhinagar to push for the construction of Ram Mandir at Ayodhya: a campaign which arguably changed the course of politics forever. He also launched a powerful intellectual assault on ‘pseudo secularism’ and the politics of ‘appeasement’, shorthand for BJP‘s charge that the reigning consensus indulged Muslim sectarianism.

He, however, hurt himself grievously praising M A Jinnah during a controversial trip to Pakistan and could not fully recover from it even though the party projected him as its PM candidate in 2009.

He started fading away after losing overwhelmingly to Narendra Modi in the contest for who should be party’s PM choice in 2014. The decision to bench him does not come as a surprise as Advani, it is learnt, was receptive to the suggestion that it was time that he made room for someone younger. Shah’s nomination quells speculation about Advani being allowed to pass on the seat to one of his children, daughter Pratibha or son Jayant.

BJP has retained all the prominent leaders in the seats, including home minister Rajnath Singh from Lucknow and transport minister Nitin Gadkari from Nagpur.

It has replaced former CM B C Khanduri from Pauri-Garhwal with Uttarakhand party state president Tirath Singh Rawat. Khanduri’s son Manish recently joined the Congress and might be the opposition candidate from the seat. Ajay Bhatt has replaced another former chief minister Bhagat Singh Koshyari from Nainital-Udham Singh Nagar seat.

There was no announcement about Kanpur, from where another party veteran and sitting MP Murli Manohar Joshi has opted out. There is a possibility that other veterans like Bhagat Singh Koshiyari (Dehradun), Kalraj Mishra (Deoria) and Karia Munda (Khunti-Jharkhand) may also be replaced as they have requested. Speaker Sumitra Mahajan and former Himachal Pradesh CM Shanta Kumar may also be replaced. Sources said they have requested the leadership to consider about their replacements.

Union minister and senior party leader J P Nadda, who released the list, said candidates for all 17 seats BJP will contest in Bihar have been finalised but will be released by the state NDA leadership.