Home / BUSINESS / Exclusive: Pakistan will only release Kulbhushan Jadhav if India ‘admits he was a spy’ – Firstpost

Exclusive: Pakistan will only release Kulbhushan Jadhav if India ‘admits he was a spy’ – Firstpost

Ahead of talks with China over Ladakh standoff, India signals a realistic approach – Hindustan Times

Faced with orders from the ICJ to review Jadhav’s case in the light of Pakistan breaching the Vienna Convention, Islamabad plans to use third-country diplomatic assistance to explore the possibility of sending him home in return for an official admission from New Delhi that he was engaged in espionage, sources close to the Pakistan government have told Firstpost.

Jadhav, an Islamabad-based Pakistani official told Firstpost, is being held in an Inter-Services Intelligence-run facility in Rawalpindi, rather than a prison, even though he is awaiting execution.

Islamabad, one senior Pakistani official said, hopes the offer will help bring about wider India-Pakistan talks, derailed since 2018. “The army understands that Pakistan’s economy cannot be subjected to the risk of another military crisis with India”, the official said. “They see talks as a way to finding some tactical breathing space.” 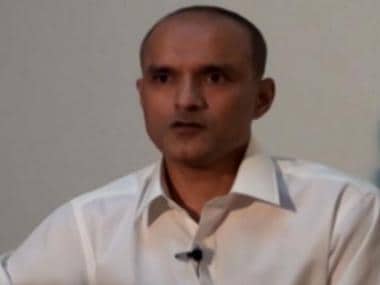 “Without prejudice to the proceedings so far”, the letter stated, “the Government of Pakistan is prepared to consider any request for extradition that the Government of India may make in the event that Commander Jadhav is considered to be a criminal under the law of India.”

Put in plain language, the letter constituted an offer to return Jadhav to India, if New Delhi accepted his complicity in terrorism against Pakistan and was prepared to subject him to a criminal-law process.

In a letter dated 11 December, 2017, New Delhi responded by describing Pakistan’s extradition offer as “attempted propaganda”, adding that it had no reason to believe Jadhav had committed any crime for which he could be tried.

Pakistan had made consular access to the incarcerated naval officer contingent on Indian cooperation in investigating the case, seeking statements of the officers, as well as Jadhav’s cellphone records and bank statements.

New Delhi, two Indian official sources said, would still treat any release offer with caution, if it involved an official admission that the country extended support to insurgent groups in Balochistan.
The government has so far declined to discuss several case-related issues—among them, precisely when Jadhav retired from naval service—saying it has no reason to do so until Islamabad provides consular access, and documentation related to the officer’s trial.

Islamabad’s extradition offer, interestingly, was made after the still-unexplained disappearance of former Inter-Services Intelligence Directorate officer Lieutenant-Colonel Mohammed Habib Zahir, who disappeared from Lumbini, in Nepal, in April.

The Pakistan government believes Zahir, who travelled to Nepal lured by an $8,500-per-month offer from Strategic Solutions Consultancy, a non-existent firm, had been kidnapped by Indian intelligence.

From the outset, the Pakistan army’s handling of the Jadhav case has been enmeshed with the country’s civilian-military power struggle. The public naming of high Indian officials — whose names were, notably, absent from a televised custodial confession made by Jadhav—appeared intended to derail the ongoing dialogue between the then Pakistan prime minister Nawaz Sharif and Prime Minister Narendra Modi.

In December 2016, Doval and his Pakistani counterpart, Lieutenant-General Nasser Khan Janjua, had met at a Bangkok hotel to discuss normalisation measures.

The discussions were followed by Prime Minister Modi making an unscheduled visit to Lahore, to greet Sharif on the occasion of his granddaughter’s wedding.

Early in 2018, when Jaish-e-Mohammad terrorists attacked the Indian Air Force base in Pathankot, Sharif had acknowledged the group’s responsibility and ordered officials from the country’s investigation and intelligence services to visit India to gather evidence.

Exclusive: Pakistan will only release Kulbhushan Jadhav if India ‘admits he was a spy’ – Firstpost

SC proposes transportation of all stranded migrants in 15 days, reserves order for June 9 – The Indian Express

SC proposes transportation of all stranded migrants in 15 days, reserves order for June 9 …