TN Board SSLC 10th Result 2020 Live Updates: All students promoted to next grade without exam due to COVID-19 – The Indian Express

Would EMAS have prevented the Kerala air tragedy? – Times of India

Dozens of graves were being dug in a Christchurch cemetery on Monday for the 50 worshippers killed in two mosque attacks, as families clamoured for the return of their dead.

Coroners said they hoped to let grieving relatives fulfil Islamic burial customs soon, but insisted they had to move carefully through their investigation into the horrific multiple murder.

As New Zealand grappled to come to terms with the slaughter — the worst attack on Muslims in a Western country in modern times — tales of heroism, suffering and incredible grace emerged.

Farid Ahmad, whose 44-year-old wife Husna was killed as she rushed back into a mosque to rescue him, refused to harbour hatred toward the alleged gunman, Australian-born, self-avowed white nationalist, Brenton Tarrant.

“I would say to him ‘I love him as a person’,” Ahmad, who uses a wheelchair, told AFP.

Asked if he forgave the 28-year-old suspect, who is being held in custody after appearing in court, he said: “Of course. The best thing is forgiveness, generosity, loving and caring, positivity.”

Husna Ahmad was among four women believed to have been killed by Tarrant, who documented his radicalisation and two years of preparations in a lengthy, meandering and conspiracy-filled far-right “manifesto”. 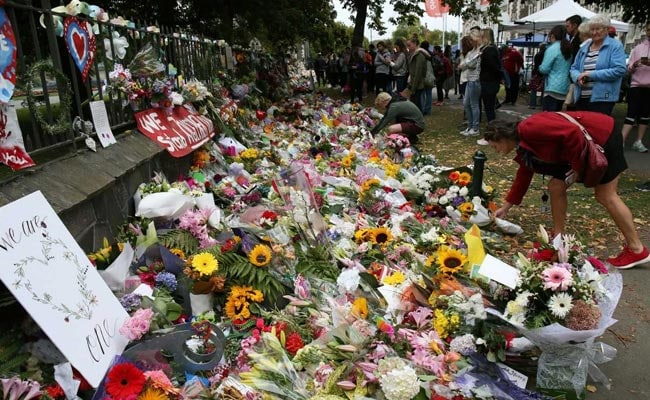 Thousands paid tribute to the those killed in the mosque shootings on Friday.

Prime Minister Jacinda Ardern, who was holding a cabinet meeting Monday to address gun laws and intelligence failures, was among about 30 officials who received the document ahead of the attacks.

Around Christchurch, New Zealand and the world there have been vigils, prayers, memorials and messages of solidarity.

An emotion-filled haka — the Maori war dance — was performed by a New Zealand biker gang to honour the Christchurch dead.

The country remained on high alert, with police on Sunday briefly closing an airport in the southern city of Dunedin — where Tarrant had lived — after an unidentified package was spotted on the airfield. The airport re-opened a few hours later.

In Australia, counter-terrorism police searched two homes early Monday, both near the town of Grafton where Tarrant grew up.

“The primary aim of the activity is to formally obtain material that may assist New Zealand police in their ongoing investigation,” a police statement said.

Islamic custom dictates that the dead should be buried within 24 hours, but strained authorities — desperate to make sure no mistakes are made or the complex investigation harmed — said a quick process was difficult.

“All of the deceased have had a CT scan, their fingerprints are taken, the property they were wearing or had with them is removed,” said Chief Coroner Deborah Marshall, adding that dental impressions were taken and post-mortems performed.

Ardern said she expected all the dead would have been returned to their families by Wednesday. 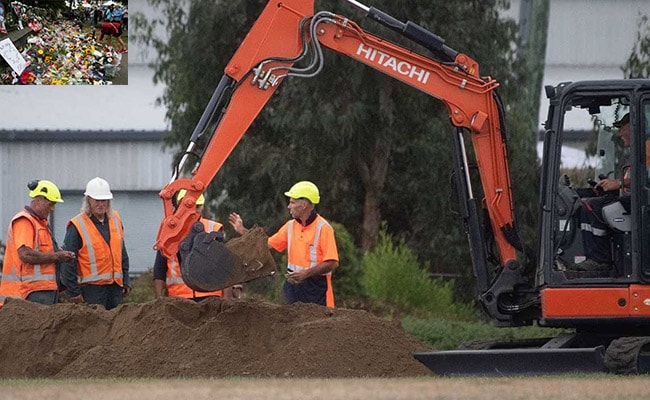 Dozens of grave sites were being prepared three days after the mosque shootings.

An AFP reporter early Monday saw workers and excavators preparing dozens of graves in Christchurch cemetery, though it was unclear when the funerals might start.

“It’s a massacre, what else do they need to know?,” said school principal Sheikh Amjad Ali, expressing frustration over the wait for loved ones’ remains.

The dead from Friday’s attack span generations, aged between three and 77, according to a list circulated among relatives.

Some victims came from the neighbourhood, others from as far afield as Egypt. At least two of the dead came from the same family — a father and son.

Delhi said Sunday that five of its nationals were killed, while Pakistan said nine of its citizens were among the dead, including one man who died trying to rush Tarrant.

Among those fighting for their lives is four-year-old Alin Alsati. The pre-schooler was praying alongside her father Wasseim at the Al Noor mosque when she was shot at least three times.

Her father, who was also shot, recently emigrated to New Zealand from Jordan.

The number of dead and injured could have been higher, were it not for people such as Afghan refugee Abdul Aziz.

Aziz was at the Linwood mosque with his four sons when he rushed the attacker armed with the only weapon he could find — a hand-held credit card machine.

He then picked up an empty shotgun discarded by the gunman and shouted “come on here” in an effort to draw him away from his sons and the other worshippers.

“I just wanted to save as much lives as I could, even if I lose my life,” he told AFP.

The mosque attacks have shaken this usually peaceful country, which prides itself on welcoming refugees fleeing violence or persecution.

Ardern has said she would use the cabinet meeting to press for a ban on semi-automatic weapons of the type used by Tarrant. A series of reform attempts in recent years have failed.

Ardern also wants answers from social media giants over the livestreaming of the carnage.

Facebook said it had removed 1.5 million videos of the attack around the world in the first 24 hours.