Home / BUSINESS / In Uttar Pradesh, A Divided Opposition May Be A Boon To BJP – NDTV News

In Uttar Pradesh, A Divided Opposition May Be A Boon To BJP – NDTV News

The capacity of the fractured opposition alliance to take on the BJP in Uttar Pradesh – the most-watched state – has been a key question in the coming national election. Most of the state’s 80 seats would witness a three-cornered contest, featuring the BJP, Congress and the Mayawati-Akhilesh Yadav combine. While all three opposition parties have negated the possibility of a split in votes, past experience shows the possibility is very real. In the 2014 national election, a division in the opposition votes in the 80-seat state, which is considered the gateway to Delhi, had played into the hands of the BJP. 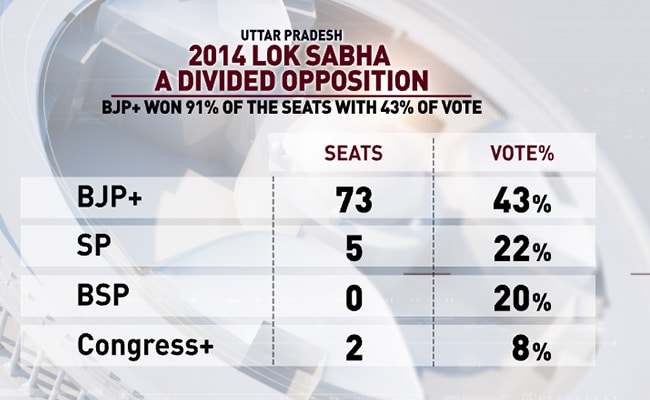 Data from the last Lok Sabha elections show that the BJP and its allies won 91 per cent of the seats by getting only 43 per cent of the votes. In figures, it came to 73 seats, of which the BJP won 71 seats and its ally Apna Dal — 2 seats. 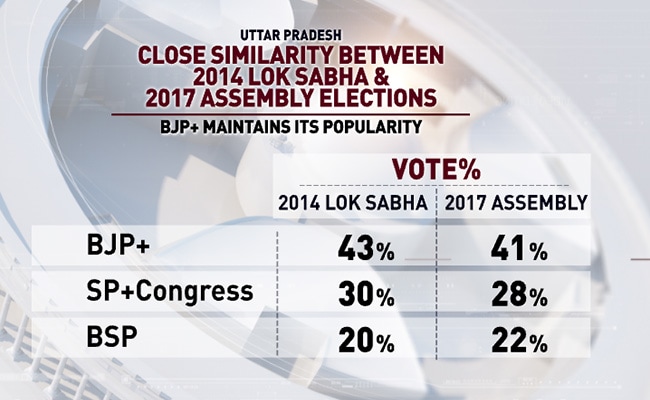 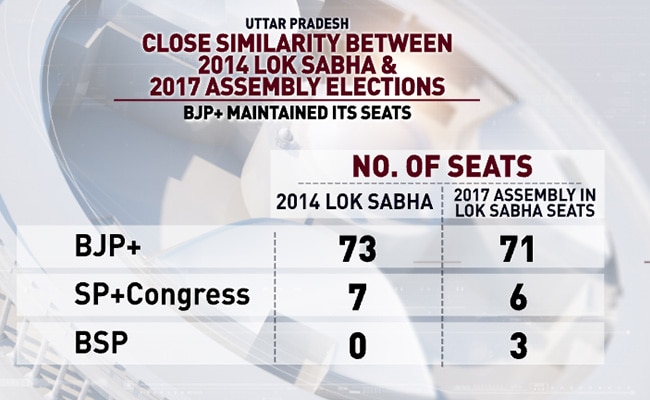 The total vote share of the opposition — Akhilesh Yadav’s Samajwadi Party, Mayawati’s Bahujan Samaj Party and the Congress — was 50 per cent. Seat wise, the SP won five seats and the Congress two, while Mayawati drew a blank.

Back then, none of the three parties were contesting as a league. This time, though arch-rivals Mayawati and the Samajwadi Party have joined hands to keep the BJP out of power, they have left the Congress out of the equation, arguing that it does not have the capacity to transfer votes.

The Congress is now going it alone in all 80 seats, and the alliance has made its rancour felt.

There has been bickering even over the courtesy seats – the seven seats to be contested by alliance leaders that the Congress offered to stay away from.

In tweets this morning, Mayawati demanded that the Congress “should not create confusion by forcibly trying to leave seven seats for the gathbandhan“.

The alliance, she insisted, was perfectly capable of defeating the BJP on its own.

Akhilesh Yadav echoed her, tweeting, “The SP-BSP-RLD alliance in Uttar Pradesh is capable of defeating the BJP. The Congress shouldn’t create confusion.”

In the evening, a pointed rebuke came from Priyanka Gandhi Vadra – Rahul Gandhi’s sister who is in charge of the 41 seats in eastern Uttar Pradesh.

In Uttar Pradesh, A Divided Opposition May Be A Boon To BJP – NDTV News

In push for self-reliance, defence ministry to put embargo on import of 101 items – Hindustan Times

In push for self-reliance, defence ministry to put embargo on import of 101 items – …