India vs Pakistan, ICC World Cup: Mohammad Amir warned twice by umpire for running on the pitch – Times of India

Vande Bharat Mission flight with 190 on board skids off runway, breaks into 2 – Hindustan Times

MANCHESTER (United Kingdom): Pakistan spearhead Mohammad Amir faced the prospect of being removed from the attack before completing his spell in a key World Cup match against arch rivals India after receiving two official warnings for running on the pitch in his first spell at Old Trafford.

The left-arm quick was officially warned by Australian umpire Bruce Oxenford in the third and fifth overs of Sunday’s match. 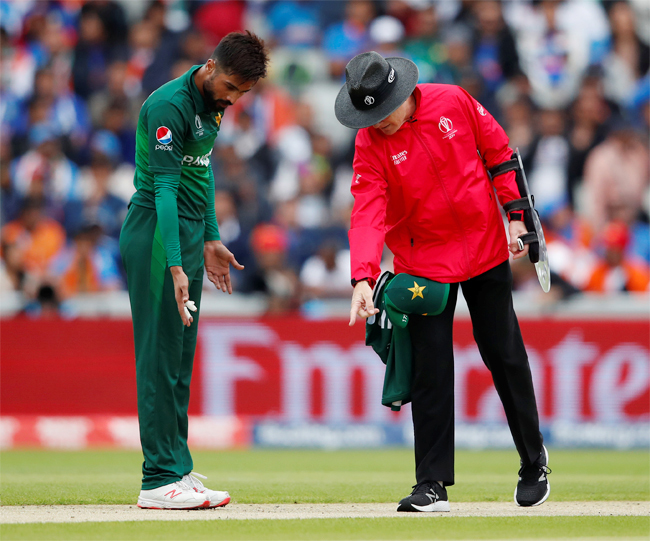 One more such warning, from either Oxenford or fellow standing umpire Marais Erasmus, would see Amir removed from the attack and unable to bowl again in this match.

That would be a huge blow to Pakistan, with the in-form Amir having taken career-best figures of 5-30 — the best of the tournament so far in a 41-run group loss to reigning champions Australia at Taunton on Wednesday.

Bowlers must not run on to the protected area near the stumps after delivering the ball so as not to unfairly scuff up the surface and make batting more difficult when the bowling is from the other end.

Pakistan are currently ninth in the 10-team table and realistically need to beat India if they are to maintain their hopes of a top-four finish from the round-robin group stage that will see them into the semi-finals.

India were without opener Shikhar Dhawan, who suffered a thumb injury while compiling a hundred against Australia.

But the new first-wicket pair of Rohit Sharma and KL Rahul, promoted up the order in Dhawan’s absence, got them off to a solid start.

India were 53 without loss after 10 overs despite being sent into bat on a green-tinged pitch in overcast conditions.

India vs Pakistan, ICC World Cup: Mohammad Amir warned twice by umpire for running on the pitch – Times of India