Iowa Football: 2019 is your time to quiet the naysayers – Dear Old Gold

Michigan Tight End Thought He Was Getting Physicals. He Was Being Abused. – The New York Times

The media seems to have forgotten about you, Iowa football, but it’s up to you to change that in 2019 and win the Big Ten West.

I don’t know whether you’ve heard, but the Big Ten Media has picked Nebraska to win the West this year. Yes, I’m talking about the team that has won a total of eight games over two seasons. I guess some of those writers forgot that it only took Iowa one season to match that two-year total.

I hear that Scott Frost is a miracle worker and can bring a team from 0 wins to 10+ wins over the course of two seasons. While I commend what he accomplished at Central Florida, the American Athletic Conference isn’t the Big Ten.

And since we’re talking about the Big Ten, did the voters forget that Kirk Ferentz turned a one-win team into an 11-win team? He did this in the Big Ten at Iowa, though it took him an entire recruiting cycle. He beat Michigan in Ann Arbor and Penn State in Beaver Stadium. But how soon we forget.

Instead, we hear about how Kirk Ferentz is past his prime. We hear that he has been incredibly mediocre of late. Did you know that Iowa has won 44 games in the last 5 years? That’s 12 more wins than Nebraska, the media’s pick for the West. That’s also one more win than Michigan, the Big Ten Conference favorite in 2019.

Iowa football, I’m going to tell you something that I sincerely hope you already know. The narrative about the Iowa football team and Kirk Ferentz is wrong. But the truth of the matter is that it’s up to you to rewrite this story. No one talks about the nine-win team that finished second. You need to win the division. Yeah, you play in Ames, Madison, Lincoln and Ann Arbor. But Kirk Ferentz has won there before. 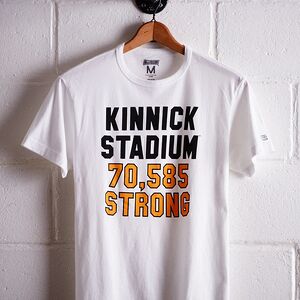 I’m sick of hearing about how Nebraska is back. They improved in the second half of last season, for sure, but they lost to you, Iowa. Prove those writers wrong. And then do something that Nebraska has never done – win the Big Ten.

The Kentucky football coach and player who fought cancer together – ESPN