Iowa football: Could the Hawks really transition to a spread attack? – FanSided

The big news was the arrival of Oliver Martin last week, but under the radar, the Iowa football team added two other graduate transfer wide receivers.

With speedster Ihmir Smith-Marsette and jump-ball specialist Brandon Smith in line to start on the outside and freshmen Nico Raigini and Tyrone Tracy Jr looking great in spring practice, the Iowa football team still kept pushing to strengthen the position.

The big news was obviously the arrival of the hometown kid, former four-star recruit Oliver Martin, but lost in the commotion of the Martin transfer saga was that the Iowa football team also brought in two other division one football players to the program.

Jack Combs is coming from the Central Michigan football program after little production in his redshirt freshman season. With just three career catches to his name though, he has more wide receiver production than every wide receiver then every returning Hawkeyes receiver besides Smith-Marsette and Smith.

Charlie Jones is a former two-star recruit who spent the last two seasons playing for the Buffalo Bulls. As a redshirt freshman, he hauled in 18 catches for 395 yards and 3 touchdowns for the 10-4 Bulls. He also added 289 yards on 15 returns in the kick return game.

Jones wasn’t recruited by the Iowa football program according to the major recruiting services despite playing somewhat locally in Deerfield, Illinois, but he’s joining the team now as a walk-on. 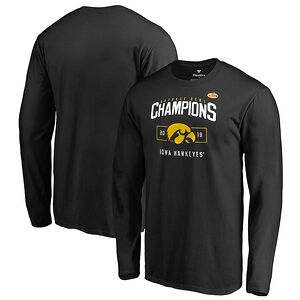 To be honest, I don’t expect we will hear much from the 6’1” 188 pounds Combs in his Iowa football career but he does provide valuable depth especially considering Iowa’s two starting wide receivers only have two years left.

Jones, however, could be a surprising player in the 2021 season. His game is explosive, as evidenced by the 21.9 yards per catch average he posted last year, and it’s only going to get better with Chris Doyle as his strength coach. Smith-Marsette will be gone at that point, and the Hawks will need someone to replace his return skills and deep threat abilities.

It’s no doubt Oliver Martin is the big addition of the three, but don’t sleep on Jones, and for that matter, Combs either. There’s a reason why the Iowa football team decided to add three D-1 players in the same offseason. It certainly wasn’t for kicks and giggles, and it could even be signaling something bigger, like the use of a spread attack in situations.

With a new starting quarterback under center in 2020, the Iowa football team is loading up with weapons in the passing game, and either way, it’s going to be fun to watch.