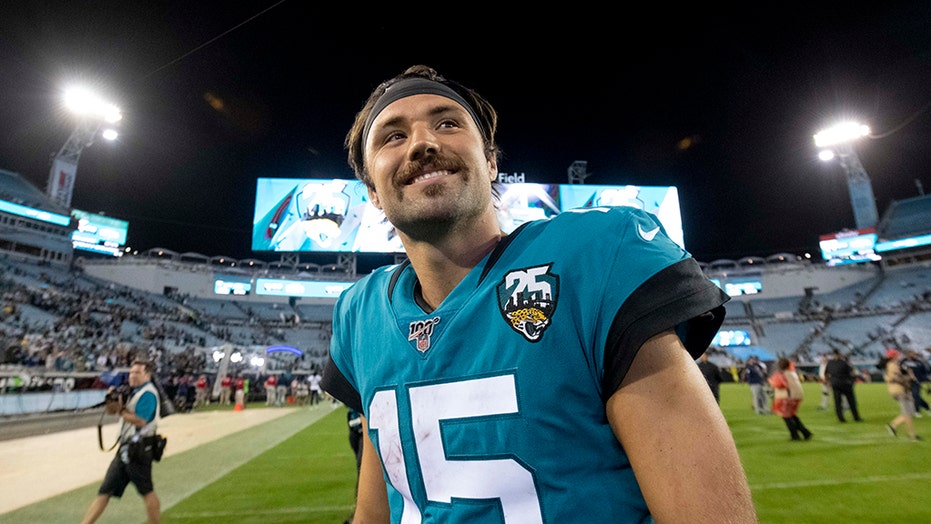 The Jacksonville Jaguars rookie quarterback Gardner Minshew would do “damn near anything” to play more football, revealing during an interview this week that he attempted to break his own hand during his college football days.

Minshew, who led his team to defeat the Tennessee Titans 20-7 Thursday night, told the Barstool podcast “Pardon My Take” that he took drastic measures to try and get more game time after coming to play at East Carolina University in 2016.

TOM BRADY COMPLAINS ABOUT REFS DURING THURSDAY’S JAGUARS-TITANS GAME: ‘TOO MANY PENALTIES. JUST LET US PLAY’

The 23-year-old Mississippi native was recalling a conversation he had with his former Washington State football team, in which they discussed “what you would do to play more football.” 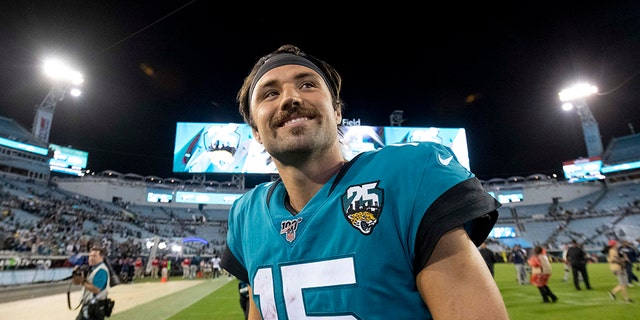 Minshew immediately thought back to his days at East Carolina where he was the third-string quarterback.

“It was my first year there, I had went there from junior college and the situation was I had two seniors above me and I was hoping to go in and redshirt and be able to play three [years], it was an awesome setup,” he began.

Minshew said early on into the season, the team’s quarterback was out with a concussion after they had already moved the backup to running back — meaning he was up next.

But the following game the starter was back, meaning Minshew had essentially thrown away a year of eligibility on half a football game.

RAMSEY WANTS OUT, DOESN’T WANT TO BE DISTRACTION FOR JAGUARS

“I was pretty pissed and, man, I started kinda looking around at what I could, what my options were and the only thing I could do would be to get a medical redshirt but if I played in this next game then that would be off the table”

That’s when Minshew said he “got an idea.”

Shaking, Minshew realized the hand was still not broken.

“I take another pull, one, two, three again, still nothing and I’m just shaking at this point, man, but I knew it wasn’t broken. So one more time, another pull, another three hits and that was all I could take.”

“I couldn’t break my own hand,” he said laughing.

Minshew said he had a swollen hand for a few weeks and told his coaches that he had closed it in a car door.

“What would you do for more football cause I’d do damn near anything,” he said.

At East Carolina, he spent two seasons with the Pirates, throwing 3,487 yards with 24 touchdowns and 11 interceptions in 17 games. In 2018, he transferred to Washington State, where he finished fifth in Heisman Trophy voting. The Jaguars selected him in the sixth round of the 2019 NFL Draft.

WATCH: Layne and Tim break down the schedule But the Seminoles also won’t play on …