NEW DELHI: The ruling coalition in Karnataka may have finalised the seat-sharing formula for 2019 Lok Sabha polls, but its troubles are far from over.

“What is coalition, what is coordination? I’m a sitting MP from here and I have delivered at the floor of the House. Why have you denied me the ticket? It is not correct,” said Tumkur MP Muddahanumegowda.

Muddahanumegowda announced that he will go ahead and file his nomination on Monday. 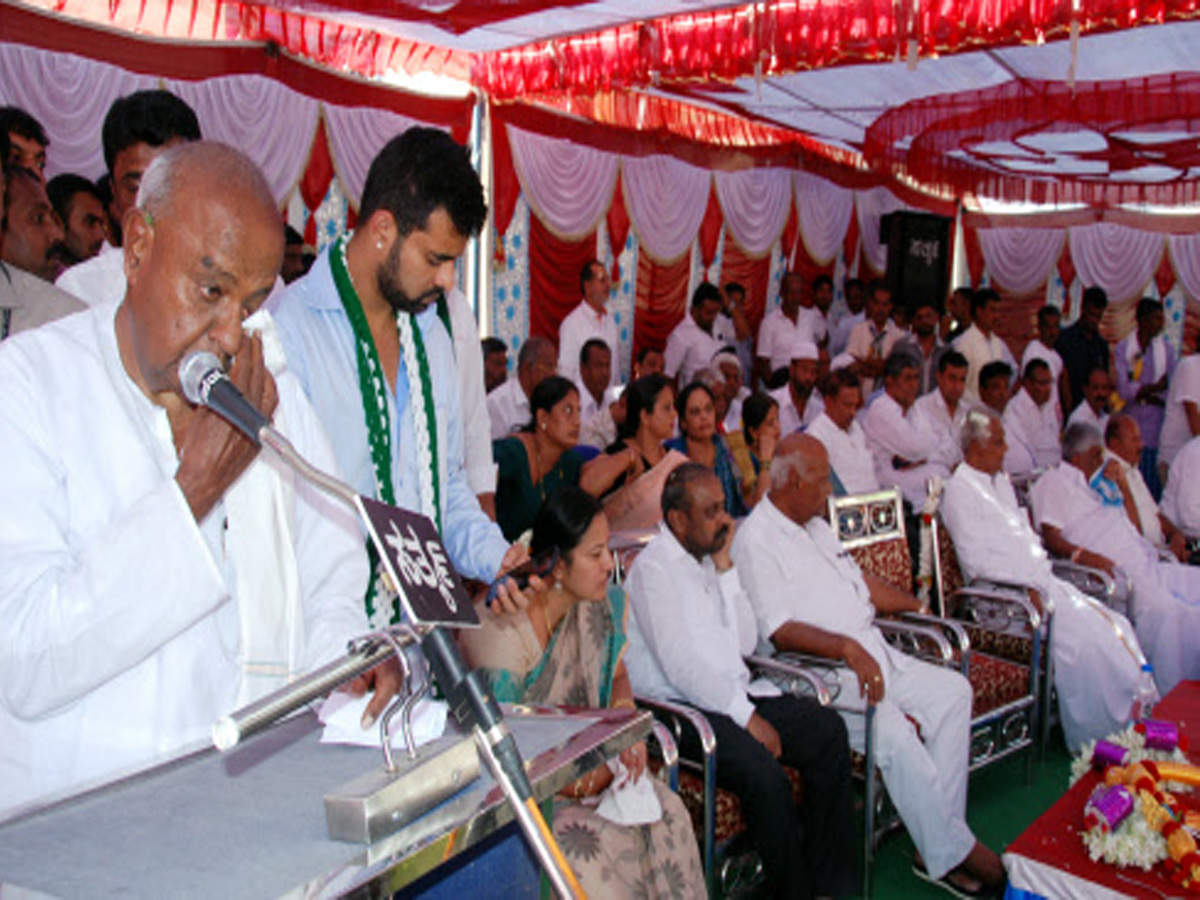 “Elected representatives and all local leaders want me to contest. That’s why on Monday we will start a procession from BGS circle to DC office and I’ll file nomination with the support of all our leaders as the Congress candidate for Tumkur,” he said.

If Muddahanumegowda contests from Tumkur as a rebel, it will add to the Congress-JD(S) coalition worries as the alliance is facing a backlash at several places, including Mandya and Hassan, with party workers unhappy with the seat arrangements.

In Tumkur, there is simmering discontent within the Congress’ local leadership about ceding the seat to JD(S), despite party having a sitting MP there.

For the coalition to emerge as a formidable opposition to BJP and win more number of seats, it is crucial for the Congress to transfer its votes to JD(S) and vice-versa, including Mandya.

Earlier, JD(S) spokesman Ramesh Babu in a statement said that Deve Gowda will file his nomination on March 25 at the deputy commissioner’s office at Tumkur as a joint candidate of the JD(S)-Congress alliance.

Tumkur is about 70 km northwest of the state capital Bengaluru.

The 85-year-old Gowda has shifted his parliamentary constituency from Hassan, about 180 km from here, after representing it for a record six times since 1991 to pave the way for his grandson Prajwal to contest in his place for the first time.