Nirbhaya case: All convicts to be executed on March 3 at 6 am – The Hindu

British car maker announces pricing for its first ever product in India, to take on premium SUVs like the Mahindra XUV500, Jeep Compass, Tata Harrier and Kia Seltos. MG Motor unveiled the Hector recently and we have driven the SUV too, so the only piece missing in this puzzle was the Hector’s pricing, which the manufacturer has announced today. Prices for the MG Hector, the manufacturer’s first offering in India, begin from Rs 12.18 lakh for the base petrol version and go up to Rs 16.88 lakh ex-showroom for the fully-loaded diesel version. It’s styling is certainly a distinct highlight given the split LED daytime running lamps and headlights up front, as is the new design language on a lot of SUVs these days, but more importantly, the Hector is being pegged by MG Motor as India’s first ‘connected car’ as it uses a massive 10.4 inch touchscreen that is connected to the internet full-time and offers immense connectivity to the car even when away from it. MG is offering the Hector with an interesting choice of powertrains options, including a petrol-hybrid version and of course, a diesel motor. 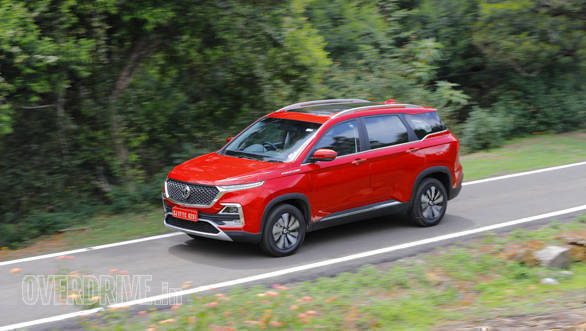 The petrol engine is a 1.5-litre, four-cylinder turbocharged unit that produces 143PS and is on offer with either a six-speed manual gearbox or a six-speed dual-clutch automatic. You can also buy the petrol version (mated to the automatic) with a 48 volt mild-hybrid. The diesel engine offered is the same 2.0-litre, four-cylinder unit as the Jeep Compass and offers 170PS but can be had with the six-speed manual gearbox only. Further, the Hector is on offer in four variants, Style, Super, Smart and Sharp, though features like ABS with EBD, reverse parking sensors, dual front airbags, hill hold and traction control are all part of standard equipment across the range. Additionally, the top of the line Sharp variant will be equipped with niceties like a powered tail gate, six airbags, 360-degree surround camera, rain sensing wipers, a panoramic sunroof and heated outside mirrors. Given its positioning, the Hector takes on the likes of mid-size SUVs like the Jeep Compass, Tata Harrier, Mahindra XUV500 and also the soon to be launched Kia Seltos in India. 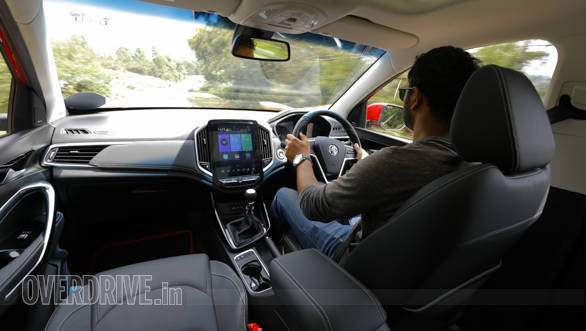