The Miami football roster has enough talent to be able to exceed their 7-6 record in 2018. Athlon Sports recently ranked the college football roster nationally and the Hurricanes are 18th in FBS and third in the ACC.

The Miami football program’s Surge ’19 recruiting class was far below expectations. After being ranked in the top ten during the 2019 recruiting cycle the Hurricanes plummeted to a final ranking of 28th according to the 247Sports composite rankings.

Manny Diaz and his staff did an exceptional job attacking the transfer portal to add six (two transfer signed with the Miami football program in December before Diaz was hired as head coach) outstanding players to the Hurricanes roster. The 2020 class is currently ranked second behind Alabama.

Overall that comes out to an average of 18th and third in the ACC behind Clemson and Florida State. The Seminoles were sixth nationally and eighth in the ACC. This is merely an average ranking of the recruiting classes and doesn’t take into account the actual rankings of each player on the rosters or attrition.

A deeper look at each class, how the individual players scored, the attrition built in, plus the talent of transfers brought in would provide a more accurate look at the talent each football program has accrued.

Diaz is taking a different approach than his predecessor Mark Richt did. The Hurricanes have been more assertive acquiring talent. 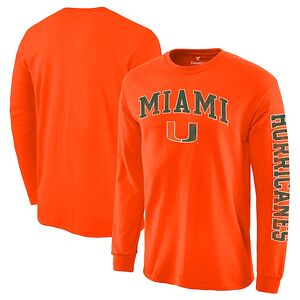 Athlon used 247 Sports Composite recruiting rankings to come up with their assessment of talent on college football rosters. During the five year span, Miami has had the ACC’s second-best recruiting class twice and third best three times. That is likely to remain the same for the foreseeable future.

Miami and Florida State are likely to battle for have the ACC’s second-best recruiting classes behind Clemson. The Seminoles had the ACC’s best classes from 2014-16, third best in 2018 and second best this cycle. The 2014-16 FSU classes were immediately after the Seminoles 2013 national championship.

Diaz and his staff have attacked their mission to find the best talent to add to the Miami football roster in any way they can. The New Miami football coach said not to expect the Hurricanes to be as aggressive in acquiring talent via transfers as they have been during the 2019 offseason.

The Miami football program’s repeated trips into the transfer portal were as much out of necessity and those players falling into place at the right time as anything else.

The Huskers wanted to play football, so they got vocal — and ‘it worked’ – Omaha World-Herald