KORAPUT: Prime Minister Narendra
Modi on Friday fired a fresh salvo at the

opposition for raising questions over the IAF air strike
+ at Jaish-e-Mohammad (JeM) camp in Balakot in Pakistan.

“It is been a month (since the IAF air strike took place) and Pakistan is still counting bodies. When India takes action against terrorists, enters their house and kills them, some people here are asking for evidence,”
Modi said at a public rally here. 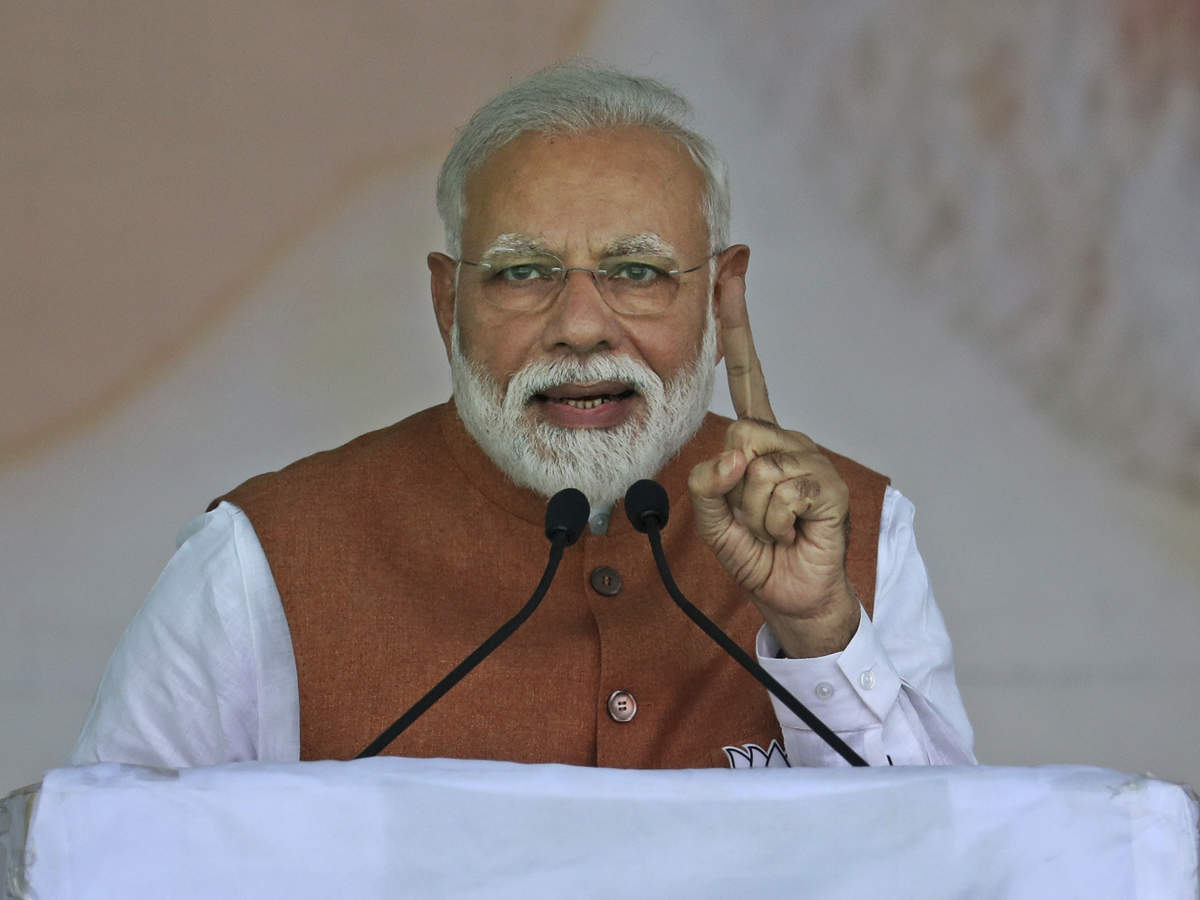 Land, air or space, we had courage to do surgical strikes: PM Modi

“In the last seven decades, those people who have betrayed the poor are now insulting our armed forces and scientists day and night. It is about time to give an apt answer to people who are insulting the capabilities of our scientists and the armed forces,” he said.

Attacking the ruling Biju Janata Dal (BJD) government, the Prime Minister said that Odisha failed to develop like other states despite being rich in minerals and resources.

Taking a swipe at the BJD leaders over its alleged involvement in graft cases, the Prime Minister said, “Can those who are involved in chit fund scam make Odisha strong? Can those who are working with mining mafia and deprived tribals of their rights and resources make Odisha strong? This is the right time to punish Congress and BJD who were given ample time in Odisha to develop the region. However, they have failed miserably.”

“Odisha is rich in natural resources but people are poor. This situation proves that Congress and BJD have failed to develop Odisha,” he added.

Accusing the BJD of not doing anything for the tribals in the state,
Modi said: “Out of Rs 6,500 crore accumulated under District Mineral Fund, the Odisha government has spent Rs 1,000 crore only for the poor tribals. I have ensured that there is a substantial increase in fund allocation for development of tribal-dominated areas.”

Continuing his tirade against the state government, he said that the BJD played with the sentiments of the people and farmers.

“The government here took the people for granted. They think the people are in their pockets. They made policies for the poor and tribals but middlemen looted money for their personal gains,” he said.

Urging the people to vote for the BJP in the impending Lok Sabha elections, the Prime Minister asked the electorate to choose between a ‘majboot’ (strong) government and a ‘majboor’ (helpless) government.

“When we follow the motto of ‘Sabka saath, Sabka vikas’ (development to all, development for all), it is Odisha which will be stronger and the entire nation will also be stronger,” he said.

The Prime Minister is scheduled to address two rallies in Telangana and Andhra Pradesh later in the day.

Why Many Farmers And Some Parties Oppose The New Farm Laws: 10 Points – NDTV

Why Many Farmers And Some Parties Oppose The New Farm Laws: 10 Points – NDTV