Home / SPORTS / The Manohar Parrikar I Knew – The Wire

The Manohar Parrikar I Knew – The Wire

The first time I met Manohar Parrikar was, when on promotion, I had taken over as the Controller General of Defence Accounts.

It was perhaps the day after my joining, and even before I had had a chance to officially call on him. The issue was the one-rank one-pension (OROP) scheme. All the three services chiefs were there, as were the ministry’s senior bureaucrats. I left the meeting impressed with his acuity of perception and clear understanding of the convoluted OROP issue. He seemed a hands-on raksha mantri.

When a few days later I called on him, we got started on environmental issues, stemming from the fact that I had moved over from the environment ministry and he had several issues with the mining lobby in Goa. But soon enough we were back to hashing out the OROP issue, which continued to be a vexing matter for the Centre. He wanted to know my honest views and the likely financial implication that will cascade year after year. A cerebral minister, he quickly worked out the nitty-gritty of the cash outgo; his long experience as a thinking politician had granted him a wholesome perspective of various issues besetting the nation.

One of my meetings with him turned out to be seminal. I was there to discuss the transfer proposal of senior officers in the defence accounts department that I had put up for his approval. He wanted to know the details of the case and the reason for my changed tack in the transfer proposal I had suggested. I explained the logic and need, adding en passant that I would be uploading the entire note sheets on the department’s website for everyone to know the rationale.

“That would be hallmark of true transparency,” I emphasised.

His response was double quick. “You’re basically saying there is this rampant nepotism on issues of transfers and this will help putting a stop to it.” I waxed positive. He looked at me, smiled a sunny smile, and nodded in agreement.

I refer to this issue of transparency for a good reason. When I had moved over to the Ministry of Defence as the financial adviser (defence services), one day as I entered his room I found him in high dudgeon and speaking to the public relations officer in great rage. The issue was the holding of the ninth edition of Defexpo India in Goa slated to be held in March 2016.

One journalist had commented that the choice of Goa was Manohar Parrikar’s. “You should tell the journalist that he or she should have got in touch with my office before saying so.” Still furious, he continued, “We need to tell the person that the decision wasn’t ours but that of the previous government. Show him/her the file.”

On another day, after we had finished discussing a certain intricate file, out of the blue suddenly he asked me if it wouldn’t be a good idea to place all procurement files on the ministry’s website. I said that we need to discuss this with other officers as well, but to start with, we could put them on the intranet and make them accessible to all senior officers. We discussed the pros and cons of complete transparency and he said he will soon be calling a meeting to discuss the issue. Alas, that didn’t happen during my time.

On another occasion, after we had finished a meeting attended by a few senior officers in the small conference room attached to his room, he turned around and said, “I am first an engineer, then a businessman, and only thereafter a politician. When I was running my business I realised I was spending more time in the government officers than in my factory!”

He smiled a beatific smile and continued, “I thought to myself if that’s so, let me take a shot at controlling things and cleansing the system. That’s how I became a politician. My experience here may be short, but let me add that running Goa was tougher than the MoD.”

He was indeed quick in clearing files. Often files submitted in the morning came back by the same evening, as did the evening files submitted to him that came back invariably the next morning. When a few files didn’t follow this timeline, I knew there was something to the matter – political or individual or emanating from people around him. Some of these files, as it turns out, have been far from edifying.

Another of Parrikar’s warts was his loquacious tactlessness that made him, for the lack of a better phrase, shoot his mouth off. It was usually completely unnecessary and didn’t quite go down well with people. Behind his innocent image of the hoi polloi and beneath his uncultivated mien, lay an uncanny political mind and instinct that prompted U-turns, filibustering and decisions that didn’t quite sync with the transparent philosophy that he espoused. 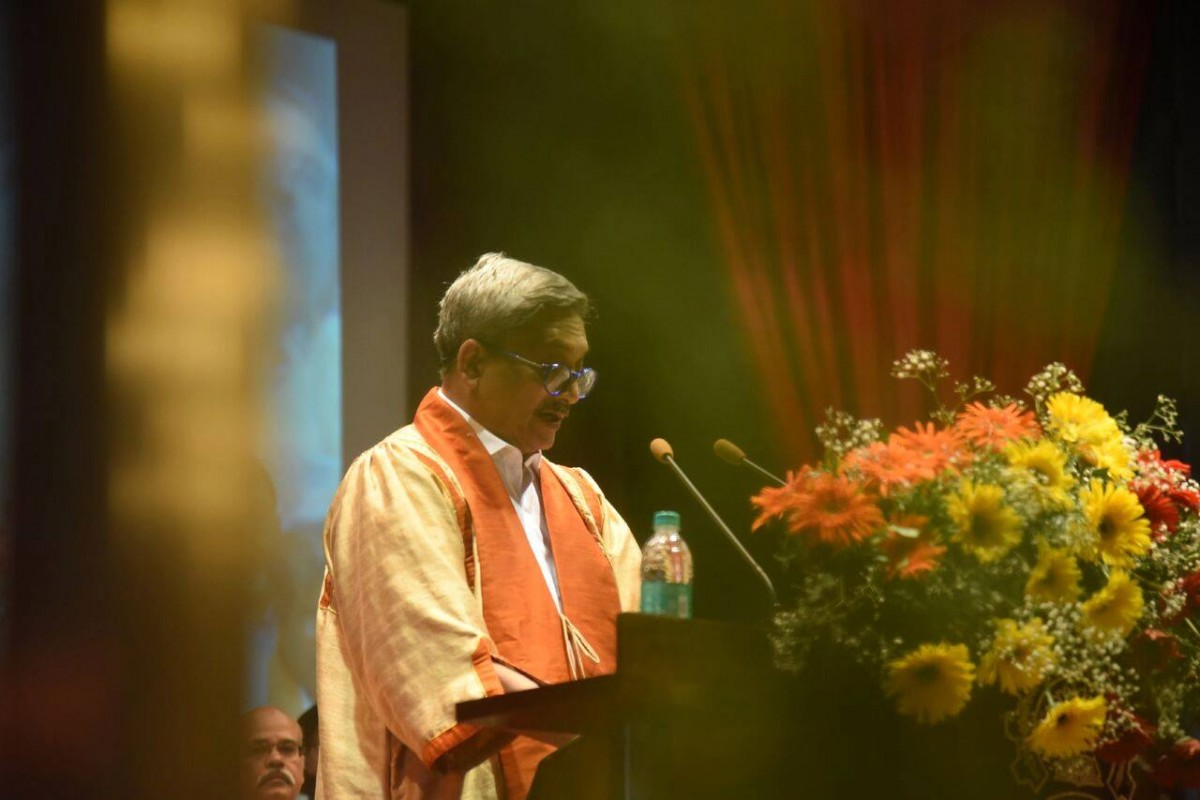 We did have our share of differences. Some were serious, but unlike most ministers, he was logical in his analysis: he respected rules and procedures, and was always patient with the other person’s ideas. Parrikar appreciated well-thought-out ideas and arguments, and was gracious even after a serious exchange of contrarian views and ideas. He also didn’t mind relenting. Once I told him that the words he had used during a previous discussion were something I had least expected from a person like him.

“I take back my words,” he said promptly, without batting an eyelid, and without any rancour, as he signed the file. This was a new experience for me. It wasn’t something I had experienced with any other minister half as brainiac and a quarter as hands-on as Parrikar. Personally, I will also not forget the compliment he paid my division in parliament for generating substantial savings off foreign military sales on items that we bought from the US.

I have one huge regret though: why he didn’t let himself be the defence minister vis-à-vis the Rafale deal? For someone known for his putative integrity and for someone who was, in a manner of speaking, conscripted to Delhi much against his wishes, and who was as clued up on defence procurement procedure, this was rather strange – and very unlike Parrikar.

At my retirement party, he told me, “Your prescription seems to be working.” He was alluding to a particular Ayurvedic medicine I had suggested for controlling his diabetes. As we got to chatting I joked about his informal dress sense and his response in one of his recent media interviews, where he had said that “I believe in performance and not in dressing up.” Out came a wide smile and he said effusively, “You know I’ve four shirts. That’s enough. They aren’t cheap, they’re expensive, Rs 3,000 each, but they are wrinkle-free and need no ironing!” He always preferred floaters to shoes, even in peak Delhi winters. Even the protocol-laden defence ministry couldn’t succeed changing his habit.

He had a beautiful handwriting that was print-perfect. His simplicity was natural, so were his manners that were informal. In meetings he would be the first person to start nibbling at the biscuits, even before the tea had been served. I still recall how he picked up the salad with his fingers on the dinner table as we waited for the main course to arrive. Seated next to him, I asked him where he had bought his magnetic reading glasses that hung inimitably on his neck, and was willed to snap open and join over his nose-bridge. Embarrassed, he skirted the question but when he found me persisting, he quietly said that he had picked it from Paris.

It was a few days before my retirement, but my memory is fresh as a daisy. On my retirement, I had presented him my book – ‘Anatomy of a Tumour: A Patient’s Intimate Dialogue with the Scourge’ – an account of my personal battle with cancer.

Little did I know that within two years he would be afflicted with the same malady. Sixty-three is no age to die. For an Indian politician he was “middle-aged”.

As I wrote back in 2017, when political compulsions made him move out of South Block and back to helming his tiny city-state, Parrikar had it in him to be amongst India’s distinguished raksha mantris. While his party may have had its calculations, India doubtless needed him more than Goa did.

Sudhansu Mohanty worked as Controller General of Defence Accounts and then as Financial Adviser, Defence Services before retiring on May 31, 2016.

The Manohar Parrikar I Knew – The Wire

2019-03-20
admin
Share
Previous Trump: I didn’t get a thank you for McCain funeral
Next PM Modi should stop thinking people are fools, they see through everything, says Priyanka Gandhi Vadra – The Hindu