Spring football is a time for players to be able to take the next step in their development. Five Miami football players have stood out for head coach Manny Diaz and his coordinators this spring.

Defensive tackles, rising junior Jon Ford and rising Sophomore Nesta Jade Silvera have also impressed the coaching staff. Ford and Silvera were part of the rotation at defensive tackle in 2018 but did not make much of an impact. They are now battling with Chigozie Nnourka and Jordan Miller to earn the second starters spot at DT.

Rising Senior Pat Bethel gives Miami experienced and steadiness at one defensive tackle. UCLA graduate transfer Nnoruka could give the Hurricanes two senior starters up front on the defensive interior. That would be critical on a Miami defense with a young line and secondary.

Silvera has been tested this spring. At one point Miller was ahead of him, taking reps with the second team defense while Silvera was on the third team. In a position like DT, the depth chart is not as important as the number of snaps you play. That could be dictated by what the opponent is running on offense.

In terms of players he said have been a pleasant surprise through the first two weeks, Diaz mentioned Jon Ford, Nesta Silvera and midyear enrollees Jeremiah Payton, Jahfari Harvey and Zion Nelson.

Diaz praised his three early entrant freshman and noted that they should still be in high school. 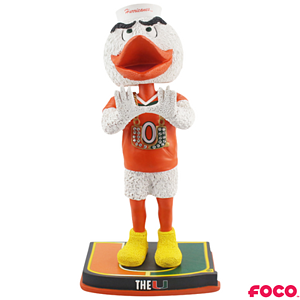 “Even just seeing the new guys, what Payton, Nelson and Harvey have done as midyear enrollees — you never really know with those guys — they’re all competing at a pretty high level for just being in really, the second semester of 12th grade. So, I’d say that’s been a pretty neat surprise.”

Miami needs Ford and Silvera to take the next step and demand playing time based on their play. Ford recorded eight tackles and two tackles for loss in 2018. Silvera had 13 tackles and one tackle for loss. The Hurricanes need both players to make an impact in 2019.

Miami will have to use a committee to replace second-team all-American Gerald Willis. Diaz has been impressed by how Ford and Silvera have performed so far this spring. Defensive coordinator Blake Baker also praised Ford and Silvera earlier this week.

“You’re really not surprised, maybe you’re hopeful, right? But I think we mentioned it, certainly the way Jon Ford has played, he’s taken the step that we expected him to take. I would say Jade Silvera has taken a step. He’s a better player now than he was in December when we last saw him in New York.

The play of the defensive tackles could hold the key to Miami’s season. Too often in 2018 opponents were able to run on the Hurricanes defense seemingly at will. Four opponents culminating with Wisconsin’s 330 yards in the Pinstripe Bowl ran for over 200 yards against the Hurricanes in 2018.

Quality play at defensive tackles is critical to being able to stop the run. Miami’s exceptional defense was pedestrian against the run in 2018. Opponents averaged 143.31 rushing yards per game against the Hurricanes in 2018. That was just 43rd in FBS.

2019-03-31
admin
Share
Previous Malawi’s antibiotics crisis: Why the drugs don’t work for some
Next Ukraine election: Comedian is front runner ahead of first round