Cybersecurity: Awareness is Only the First Step – TechNative 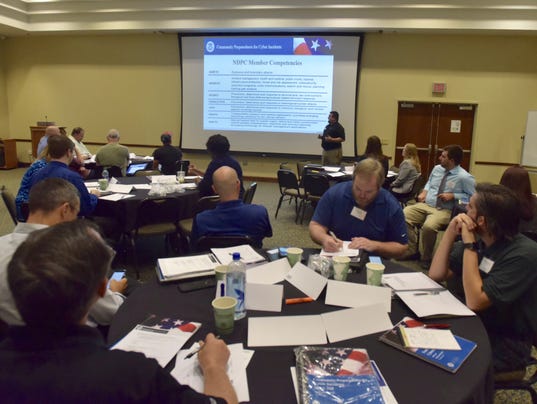 The University of West Florida’s Center for Cybersecurity, Texas A&M University and the Florida Department of Law Enforcement organized a two-day training at the university.(Photo: Tony Giberson/tgiberson@pnj.com)Buy Photo

Agencies including the school district, elections office and the county are spending two days this week training in cybersecurity to ensure a devastating attack like the one that hobbled the city of Atlanta in March doesn’t target Escambia County.

The training course, part of a partnership between the University of West Florida’s Center for Cybersecurity, Texas A&M University and the Florida Department of Law Enforcement, covered ground such as awareness, incident management, network defense and secure programming to a crowd of largely IT professionals.

In the attack on Atlanta, the city’s online systems, from filing police reports to paying parking fees, was crippled, leaving the city scrambling to identify the threat before personal data was compromised.

Why training is needed

UWF Center for Cybersecurity director Dr. Eman El-Sheikh said that ransomware attack is a prime example of why the university is bringing so many agencies together in a collaborative approach so they can all learn processes and best practices together.

“We’ve seen breaches from the finance sector to critical infrastructure to cities and states… . That’s why collaborative initiatives like this are important, they not only raise awareness and readiness and preparedness but we’re able to combine forces,” she said.

Often, cybersecurity comes down to individual actions and prevention, said Molly Akin, FDLE special agent supervisor. Locally, she said, law enforcement often sees cyber compromises either from an internal source who already has access to information or from simple slip-ups within organizations.

More: University of West Florida will provide cybersecurity training for state IT workers

“The biggest threat we see is usually an insider threat, or in other words you have someone who already has the accesses to the agency and sometimes their accesses aren’t removed accordingly after they’re let go, so they might have some kind of way (to get back in),” she said.

Those people are then able to come back in and infiltrate company information.

“To me, a lot of the threat lies in the simple things we forget to do every day and just being vigilant in what information we share with people about usernames, passwords and things like that, it’s very simple but people don’t think about it,” she said. 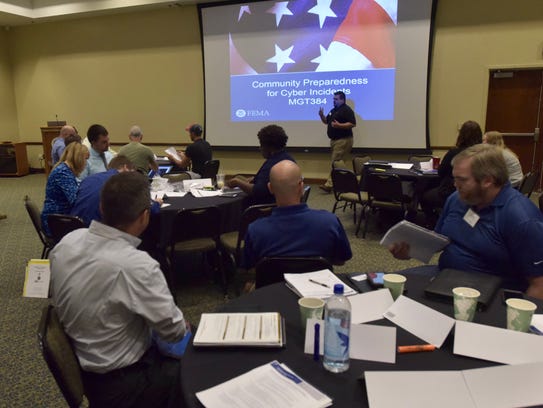 Cybersecurity instructor Michael Seiver teaches a class Thursday, May 10, 2018, at a training at the University of West Florida. UWF’s Center for Cybersecurity, Texas A&M University and the Florida Department of Law Enforcement sponsored the event. (Photo: Tony Giberson/tgiberson@pnj.com)

He said that is evident in elections having been declared critical infrastructure in early 2017, and that has continued with the state of Florida promising new cybersecurity-focused positions.

“We’ve certainly invested a lot of time and attention and resources toward making sure we’re as prepared as we can be for the 2018 election, and one of the things we recognized pretty quickly is we have a tremendous resource right here in our backyard, literally, with UWF’s Center for Cybersecurity,” he said.

In the last year, the center has worked to establish itself as a regional hub for cybersecurity, including being named one of 200 universities in the country designated as a National Center of Academic Excellence in Cyber Defense Education by the National Security Administration and the Department of Homeland Security.

As the resource center for the Southeast, UWF provides guidance on cyber defense education to colleges and universities in Alabama, Florida, Georgia, Mississippi, South Carolina and Puerto Rico.

The cybersecurity training for local agencies began Thursday and will continue Friday.